There’s been a recent surge in Bitcoin scams, with high-level YouTube accounts being hacked and used to promote fraudulent giveaways. The scammers are able to bypass YouTube’s security measures and access the accounts of popular YouTubers, often with millions of followers.

They then post videos claiming that they’re giving away free Bitcoins, and urging viewers to send money to a specified Bitcoin address. Of course, there is no actual giveaway and the scammers make off with the money.

If you come across one of these videos, do not send any money. report the video to YouTube and block the account to prevent further scams. Be vigilant and don’t let these scammers take advantage of you.

The recent spate of high-profile YouTube account hacks is a cause for concern for everyone who uses the platform. While the motives of the hackers remain unclear, it seems that they are using the platform to scam people out of their hard-earned money.

The scams typically involve the hackers gaining access to a popular YouTube account and then using it to post videos that promote a fake cryptocurrency investment opportunity. The videos usually claim that the investment will yield incredible returns and that the offer is only available for a limited time.

Of course, these claims are all false and anyone who invests their money in the scheme will simply lose it. The hackers behind the scam are likely profiting handsomely, while the victims are left out of pocket.

If you use YouTube, it is important to be aware of this scam and to avoid falling for it. Be wary of any videos that promote get-rich-quick schemes, and remember that if something sounds too good to be true, it probably is.

What are Bitcoin Scammers?

Bitcoin scams are a type of online fraud that have become increasingly common in recent years. They typically involve the scammer promising to pay the victim a certain amount of Bitcoin in exchange for sending them a smaller amount of Bitcoin first. The scammer will then usually disappear after receiving the victim’s Bitcoin, leaving them out of pocket.

Bitcoin scams have become so prevalent that YouTube has had to start cracking down on them. In recent months, a number of high-profile YouTube accounts have been hacked and used to promote Bitcoin scams. The scammers have typically used the accounts to post videos promising to double any Bitcoin that is sent to a certain address.

While YouTube has been quick to remove these videos, the damage has already been done in many cases, with victims losing significant amounts of money. This highlights the need for caution when dealing with any online offers, especially when they involve cryptocurrency. If something seems too good to be true, it probably is.

How do they operate?

Bitcoin scammers are targeting high-level YouTube accounts and using them to promote fraudulent cryptocurrency schemes. They typically do this by hacked into the accounts and then posting videos that claim to offer free bitcoins or other cryptocurrency-related rewards. Often, these videos will include a link to a website where viewers can input their cryptocurrency wallet information in order to receive the purported rewards. However, the reality is that the scammers simply steal the information and use it to empty the victims’ wallets.

There have been a number of high-profile cases of this scam in recent months, with some victims losing tens of thousands of dollars. It’s important to be aware of this scam and to never enter your cryptocurrency wallet information into any website unless you are absolutely certain that it is legitimate.

Who is their target?

The targets of these Bitcoin scams are high-level YouTube accounts with a large number of followers. The scammers are likely targeting these accounts because they believe that they will be able to reach a large number of people and convince them to send money to their Bitcoin wallets. The scammers may also believe that these accounts are more likely to have a lot of money, which they can then use to buy Bitcoin or other cryptocurrency.

What can you do to protect yourself?

If you are a high-level YouTube account holder, you can take steps to protect yourself from Bitcoin scammers. First, avoid clicking on links in comments or in private messages. If you must click on a link, make sure you verify that it is a legitimate link by checking the URL or looking for other signs that it may be a scam. Second, be aware of what personal information you share on your YouTube account and in comments. Do not share your full name, address, or other personal information that could be used to scam you. Finally, if you receive a suspicious message or comment, report it to YouTube.

It seems that high-level YouTube accounts are being hacked by bitcoin scammers. These scammers are using the hacked accounts to post videos that promise free bitcoins. However, the videos are actually just scams to get people to send bitcoins to the scammer’s wallet. If you see a video promising free bitcoins, be very careful. It is probably a scam. 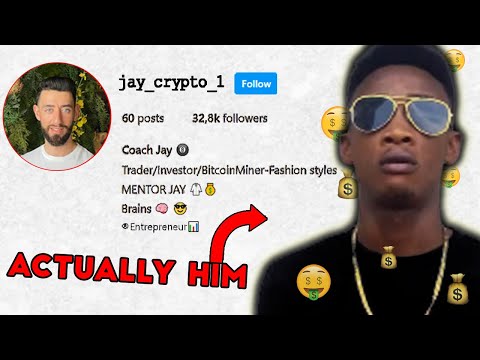